All of my posts should start with a “better late than never” caveat these days.  Halloween was last week.  During book fair week.  I’m exhausted! Eve bought herself a  Shoto Todoroki costume, which is an anime character from My Hero Academia, her new obsession.  It was a pretty amazing costume really. Halloween itself was rainy and blustery, but oddly warm. Eve wanted to go trick-or-treating with a bunch of boys from DBS who were all dressing like a bunch of bananas. So Eve, me, Huxley (briefly), two other moms, and a screaming bunch of bananas braved the gusty winds and rain and walked around the neighborhood for an hour and a half, collecting candy. Lex stayed home and doled out candy to the very few people who came to our house.  When Alan got home he opened the garage and put vampire teeth on the Tesla to hand out more candy. I was hoping we’d get more trick-or-treaters this year, but due to the newness of the neighborhood and/or the bad weather, we had plenty of leftovers! So, of course, we’ve all been bingeing on candy ever since. 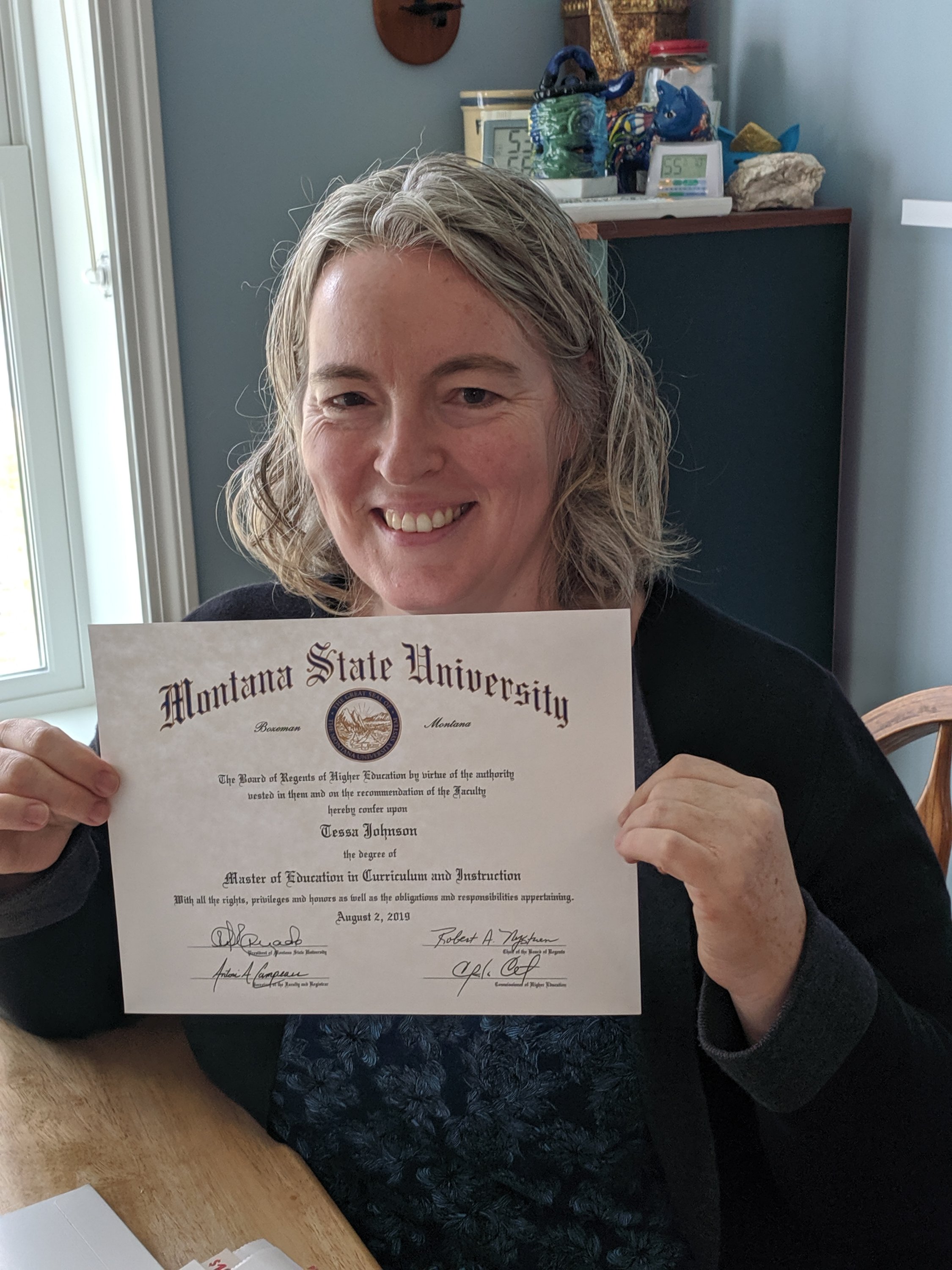 I finished the program in August, but I got my official diploma last week!! Pretty awesome! I should frame it and hang it next to my Syracuse degree, which is…. 🤷