The high school holiday concert was last night. The dress code was black on black, with a tie for the boys.  And Lex put on a tie!!  I was shocked. He wore Alan’s tie and Alan’s belt, and everything else is new.  I think it might even be his first time in a button down shirt!  The boy has come a long way and who would have ever guessed that percussion would be the path to get him there. <3 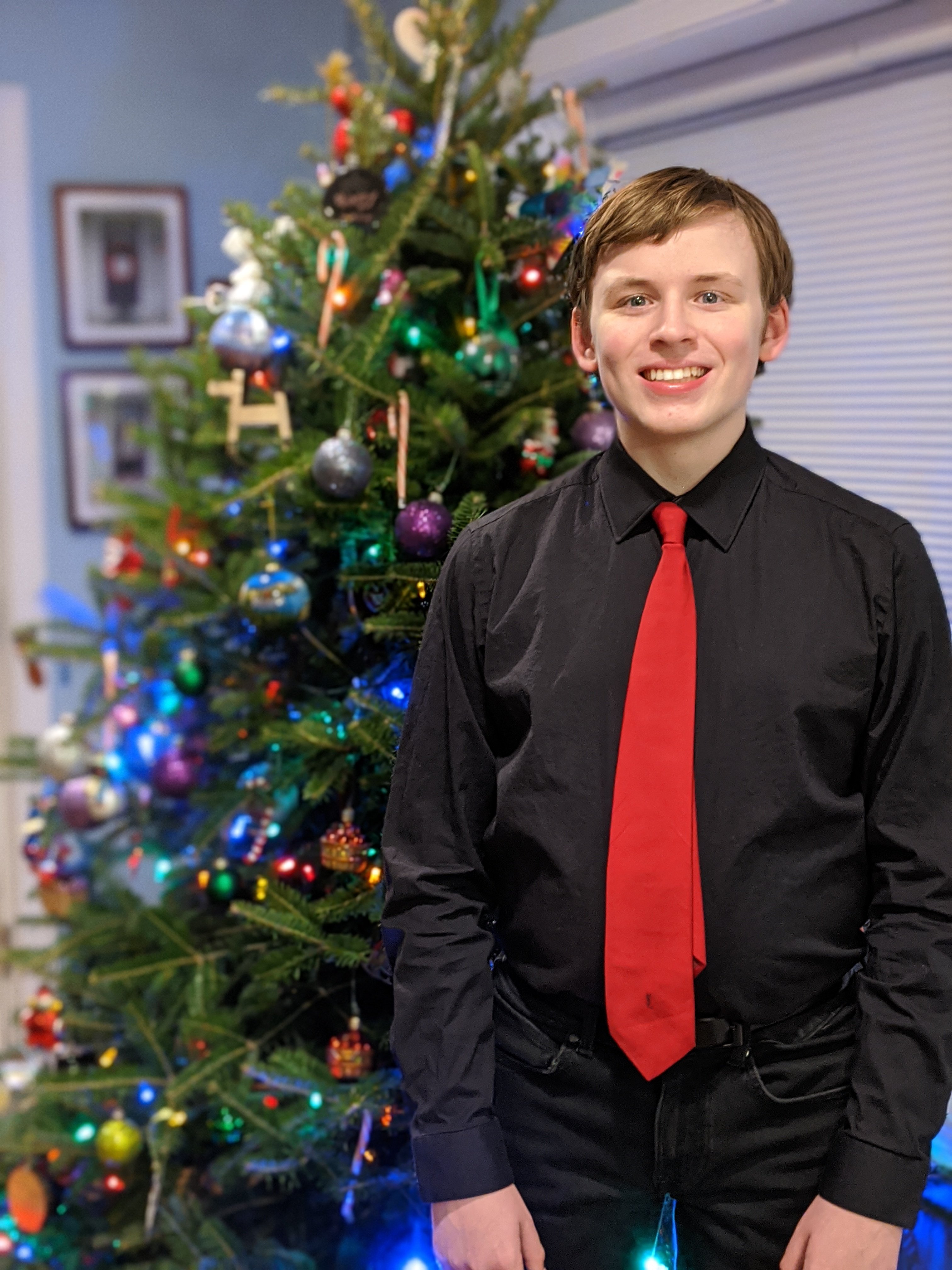 The concert band had four songs, one of which called for a theremin.  The high school doesn’t own a theremin, so the band director asked Lex if he wanted to play the part on an iPad. He did.  He was nervous and said he made a few mistakes, but I think it’s great and the audience loved it.

It was cool to have him front and center for that piece, because normally you don’t see much of him in a concert. :) 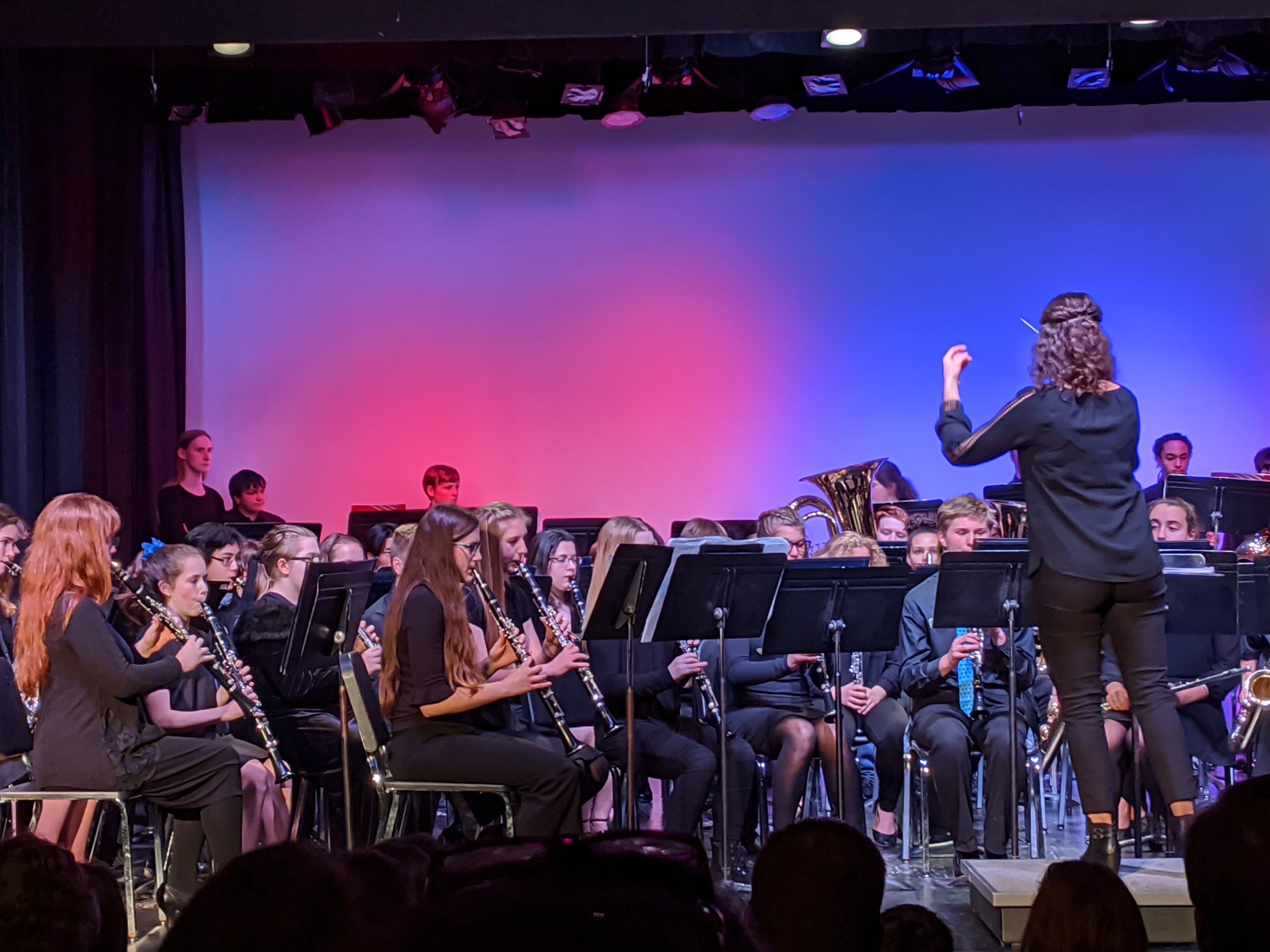